All ‘information’ in this review is ‘accurate’ as of August 2016.

A surprising amount of pub names could be euphemisms for women’s particulars, y’know. Think about it: The Wheatsheaf, The Cross Keys, The Nag’s Head, The Rose & Crown, The Horseshoe, The Woolpack… Maybe even The Red Lion (once a month, anyway). And when it comes to Reading pub names and their euphemistic lady part value? Well, The Fisherman’s Cottage is the top of the list.

And that’s how we’re introducing our review of the place.

Location: Where would a fisherman build his cottage (we’re talking literally now, we’re done with the fanny stuff)? By a river, of course. And that’s where you’ll find this pub. Or by a canal, whatever the Kennet is, we’re not sure. We didn’t take GCSE Geography. Anyway, it’s the opposite side of the Kennet from The Bel & Dragon and virtually next door to the Jolly Anglers.

Drink Selection: Impressive. As of late July, The Fisherman’s had reopened in the hands of the people who run The Greyfriar, so snazzy drinks are high on the list of importance here. That said, the previous owners – who we can thank for jazzing the place up and making it all nautical – had a decent booze selection too. Now it has ten lager/ciders/cold draughts and four ale ones. Plus some sexy new spirits. 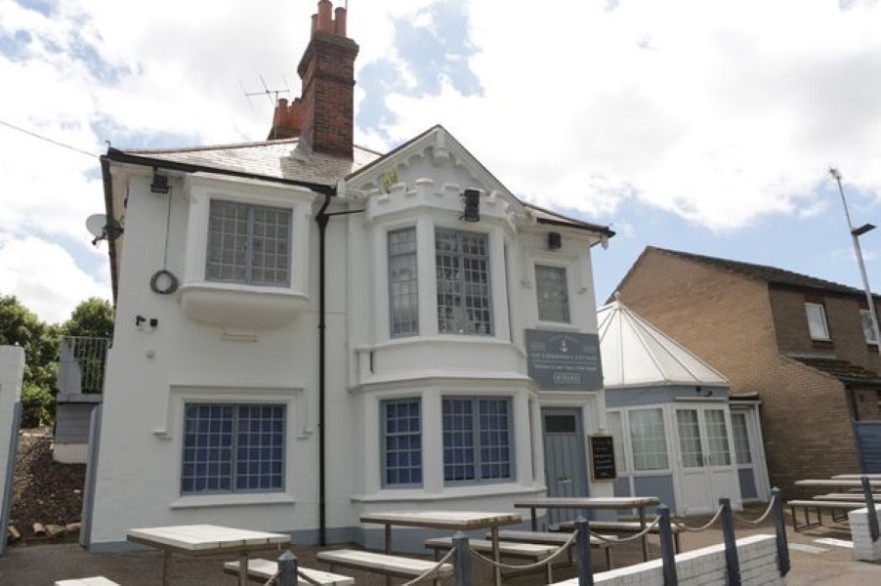 Food: At the time of publishing (August 2016), the new management are running a limited menu, but then that’s only sensible – the place has only just opened. We expect the range to broaden soon and hopefully it’ll go fishy/seafood-y again. You know, ’cause, like, it’s called The ‘Fisherman’s’ Cottage and that. Yeah?

Atmosphere: We won’t carp on, but you cod cut the atmosphere here with a fish knife. No, not really – it’s a bream come true.  This plaice really doesn’t flounder. Bring a grouper your friends and perch on a chair… Actually – fuck it. We’re not doing this. It’s below us.

Beer Garden/Smoking Area: Lovely. A highlight. It’s decking heavy, almost like the deck of an actual ship. There are little wooden booths that look like those little wooden sheds you get by the beach. We probably should’ve taken a picture. Feel free to send us a snap in. Ta.

Oh, and the front bit’s top in nice weather too, if you can bag a bench.

Toilets: New. Decent. If a little cramped. Paper towels instead of a hand dryer might seem classy and eco-friendly, but it kind of just reminds us of primary school. All it’s missing is Mr. Feltwell shouting at us in assembly and us pissing ourselves.

Sports? Not at the moment. A decision’s not yet been made, apparently. But there are two massive tellies in there and the old management had BT Sport, so here’s hoping. Weirdly though, the main screen is mounted really low, so anyone sat in front of it blocks 20% of it for the rest of the sportsfans.

Decor: Classy, fresh, woody. The decor’s in line with the theme of the place. Sure, it’s not that traditional pub look that we always rattle on about, but it’s nice. Has the feeling of a Cornish fishing village boozer. Presumably on purpose/porpoise.

Oh no, we weren’t going to do fish puns, were we? Not that porpoises are fish anyway.

Punterwatch: According to the sign below, ‘nice people’. And we’d go along with that. The manager is the former assistant from The Greyfriar, a young fella. And he’s taken a couple of staff with him. Fashionable types, they are. Deep V’s and Grimes B-Sides, so the demographic could be a little ‘cooler’ than before. But, generally – it’s just people who want a nice pint by the water. 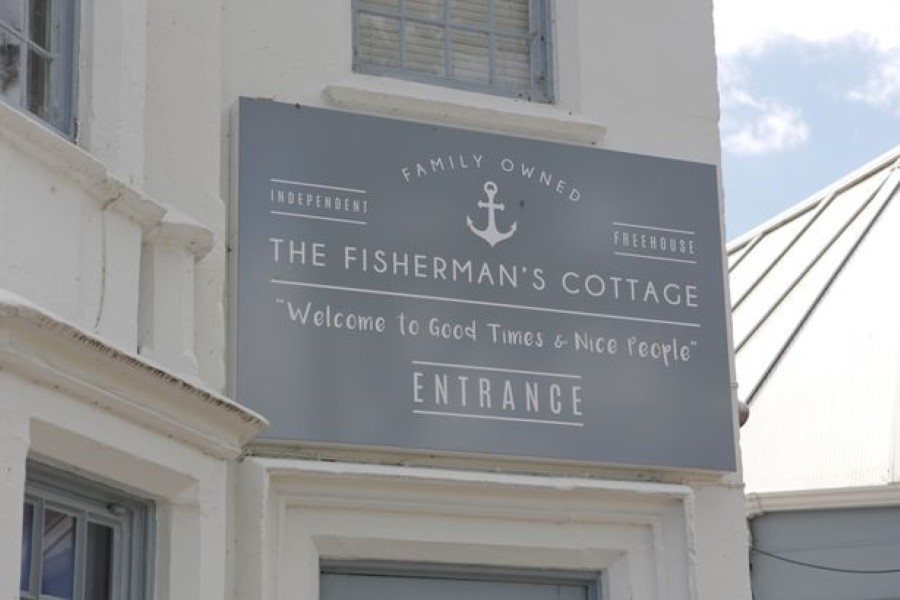 So, then. In summary… The Fisherman’s Cottage. Looks good, wide array of boozes, great place to get pissed when the sun’s out, kind of sounds like a vagina. *thumbs up*